An ancient design of shotgun that emits a tight-packed spray of pellets. Deadly, but short range.

The pump shotgun is a moderately heavy, single-shot weapon in RimWorld which deals a slightly higher amount of damage per shot; a slightly shorter time between shots; short range and very high overall accuracy.

Pump shotguns can be crafted at a machining table once the Gunsmithing research has been completed; from

Pump shotguns can also be purchased from outlander and orbital combat suppliers, outlander settlements, or obtained from the following raider kinds:

The pump shotgun's main strengths include its good per-shot damage, as well as having the joint-highest stopping power rating (shared with the chain shotgun) out of all conventional weapons in the game; only explosives outperform the shotguns in this particular aspect. Stopping power is so high that it can stagger every pawn kind in the game barring elephants, thrumbos and megasloths. Accuracy is also excellent, technically out-performing even the ever-reliable bolt-action rifle in this aspect. Overall rate of fire is also decent, and damage output is the highest out of all single-shot non-explosive ranged weapons in the game.

This weapon's also easy to acquire owing to its relative cheapness resulting in early-game raiders occasionally using it, as well as overall ease of production.

However, as to be expected from shotguns, range is severely lacking; even hand-thrown pila can out-range a pump shotgun, let alone low-tier firearms such as the revolver, and the pump shotgun only out-ranges the chain shotgun, grenades and molotovs. Armor penetration is also quite poor, being in a similar league to the autopistol and greatbow.

Overall damage output also falls behind cheaper burst-firing weapons such as the machine pistol, though the pump shotgun does regain ground and even claim a slight advantage towards its maximum range.

Against an unarmored human, a pump shotgun can kill with 3 hits to the torso, 2 hits to the head or neck, or 1 hit to the brain; cripple or destroy limbs in 2 hits; and destroy eyes and digits with a single hit. It'll generally take around 4 hits (~10.3 seconds average) to incapacitate that human from pain shock.

Overall, the pump shotgun is best paired with a careful shooter up to level 6, then with a trigger-happy shooter beyond that point.

This section goes over how well the pump shotgun fares against comparable weapons (similar value, tech level or similar characteristics) in 1 vs. 1 combat.

Results in the tables below are the percentages of battles that pump shotguns either won or tied against the weapon listed in the first column of said tables, with a sample size of 2,000 battles per result. Higher percentages are better.

The graphs assume a normal quality pump shotgun against an adult human that's out in the open in clear weather. For DPS, projectile speed has also been factored into the equation, with the weighting based on the base amount of attacks that it'll take to put the aforementioned target into pain shock. 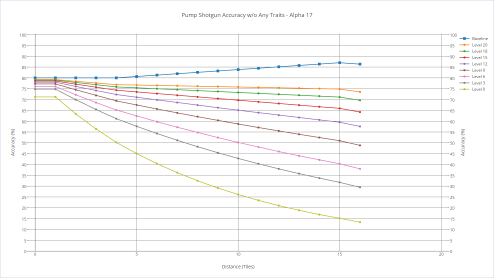 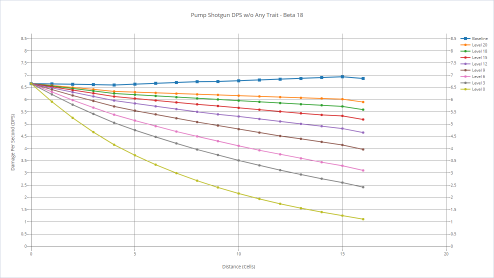 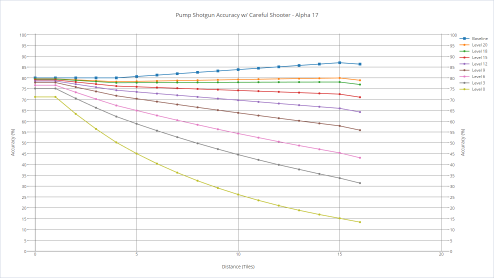 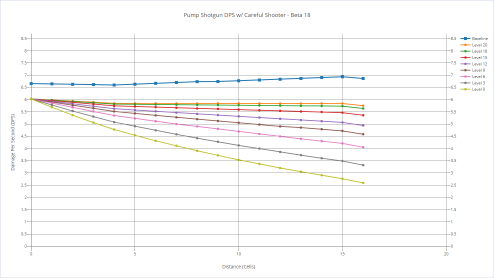 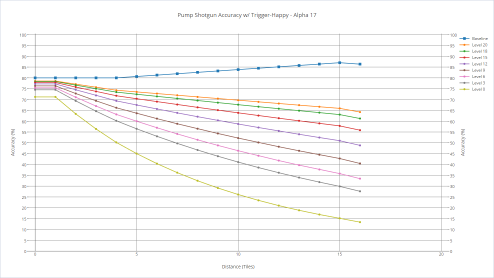 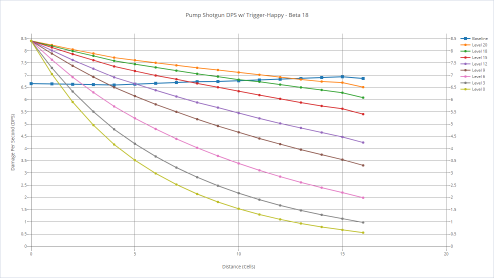