Humans are the primary inhabitants of the Rimworlds and the foundation of—if not the whole of—player colonies, as well as the only known sapient species in the universe of RimWorld.

Humans are omnivores, able to eat all foodstuffs with the exception of hay. Food can generally be gathered by foraging wild berries, hunting wild animals for their meat, farming, and in desperate times or for those of specific tastes, through cannibalism, usually of dead raiders.

Humans have the ability to equip a weapon, either melee or ranged. If not equipped with a weapon, they will fight with their fists or relevant artificial body parts.

Gene editing has created many different subspecies of humans, called xenotypes. They all remain human in nature, dropping human meat and human leather as usual.

Being biological creatures, humans have a lot of body parts that work together to make them tick. 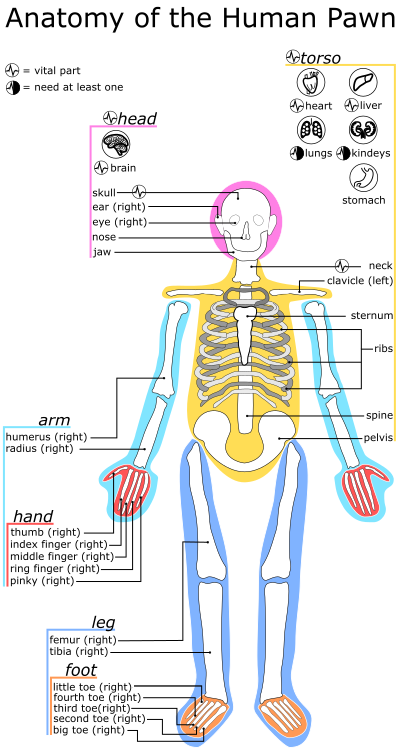