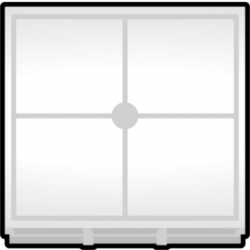 A grand platform that plays a role in ideoligious rituals.

Grand altars are miscellaneous buildings added by the Ideology DLC which act as a focus for colonists to perform, and take part in, rituals.

It is the largest size of altar, with the smaller sizes being the small altar, medium altar, and large altar. Altars also act as alternative to the ideogram.

Grand altars can only be constructed by colonists whose ideoligion has them selected as one of their buildings. They require

The ritual focus(es) should be placed in your "Shrine" room, which itself has the "altar" or "ideogram" as a room role requirement.

Ideoligions allow the selection of styles which then change the texture of the certain items and buildings when constructed by the colony. These style variants can be crafted if the colony has the selected style, or can be looted from raiders from factions with the requisite style.